Welcome to Our Online Home of The Cleinman Foundation

Imagine, it’s Christmas. You’re seven years old. The present you most want is tied to a string. If you take the present, whatever the string is tied to will fall and break. But you’re seven years old. Do you notice the string, with present in hand? Not too likely. So you take the present, pull the string, and something breaks. Maybe a big brother played a joke on you. Maybe you still don’t notice the string and have already ripped off the paper. At any rate, no one can blame a seven year old for pulling a string they didn’t put there or know about.

Well, now it’s nearing Christmas 2021. None of us are seven years old, who would be reading this, and we need to be aware of the strings tied to our actions. Aside from greed and its demands for more and more exploitation of what has been nothing but a good and caring mother. A conscientious child might just notice the string and remove the packaging so it is never pulled, or maybe they cut the string, or ask a parent or sibling.

As conscientious children of Earth, we need to protect our only home. And it will be our only home for a very long while yet. Space travel is no solution. The notion that we ruin our home and then must seek a new one is the action of the child who sees the string, grins, then yanks as hard as possible. In 1912, a wintery night would not have seen the sinking of the Titanic had better forethought gone into the travel. The potential for icebergs was ignored for speed. It’s but one example of how carelessness is almost always disastrous.

But for the images, we’re not targeting North Carolina. This type of flooding is beginning to become commonplace with global warming/climate change. Warmer air is wetter and heavier. When it rains, it stays in place longer and drops more rain, hence flooding. Low-lying coastal areas suffer increasing storm surge and rapid floods, while virtually any location in any kind of basin or valley, can flash flood from heavy rains with both increasing severity and frequency.

Besides the good mother part, which is vital to any evolving species, Earth has endowed us with scenes of great beauty. A diverse and amazing show of wildlife and vegetation set amid high mountains, or among deep plains. In tropical forests and in icy wildernesses. We don’t just live on a grassy or rocky orb, we live on a beautiful and diverse world and it requires our maturity. As human beings, we are uniquely capable of making dramatic change based on need. This is evolution. It requires making the best decisions for the sake of the planet. Unfortunately, at this time, we use our beautiful world as both a garden and a cesspool. We pretend climate change does not exist and yet deal with its clear and growing consequences. It’s a complex set of issues, but not really a difficult reality to see. Most of use have been seeing more and more of this type of event over the course of our lives. You don’t need to be very old to notice.

And It’s Still Too Much!

When I began the Cleinman Foundation in 2012, my focus was on three key things. Protecting our planet was and still must be first. However, ending politics of greed and avarice are also required. And last, but no less important, we must protect each other. There is no place in our hearts for hatred, corruption and criminality, nor any kind of supremacy or hints thereof. Mean-spirited and arrogant immaturity is stifling creativity and lowering public discourse to dangerously useless drivel.

As of this writing, the top five wealthiest people on our planet have amassed a combined wealth of almost a trillion dollars, U.S. To put that in perspective, that is 20 million times 50 thousand dollars.

So how are you doing? While about 500 billionaires eat up 90% of global wealth, they spend but a fraction of it. Those who need it to survive often find it challenging to obtain, even when working full-time and doing everything they are asked. In fact, the system is so skewed, Walmart workers are often forced to supplement low wages with SNAP, Medicaid, SSI, or other programs, while the owners (largely Walton heirs), walk away with some 20 BILLION dollars a year amongst them. So, the government supplements their wage-paying while they take vast profits, many from the very employees who work for them! If I’m playing poker, I Want That Hand!

Obviously our main focus is on a world paradigm shift: WORLD 1st – Profit 2nd! It seems pathetically obvious that profit means nothing when we have killed our planet to achieve it. In that vein,

What you can do.

Decide on basic priorities and get to know them and their nuances.

Yes, the ability to support a family is important, but in that regard our planet also does the supporting! It’s not sacrilege to protect our only home while providing for our loved ones.

You can decide if endless tax breaks for the wealthy and increasing debt because of them are acceptable, or not. You can only support politicians who invest in people like you, not who refuse to vote for popular legislation, then stand up and take credit for it. Tax breaks for the rich are unpopular, yet republicans gained seats in the house while barely losing the senate. Their only real accomplishment after Trump took office was a giant tax break for the rich, to be paid for by increasing taxes on the non-rich. This blew up the deficit and national debt by 2 trillion per year. All of this polls poorly with voters, but politicians who voted for these things were not punished.

This indicates people are not paying all that much attention to who is really doing what, but are still falling prey to lies, rhetoric, and media stories not based in anything but hyperbole and fear-mongering.

Decide if a planet constantly under pressures placed on it by seven billion people can long survive for its inhabitants if its inhabitants cannot make it priority number one. Again, who supports protecting our planet and who thinks profit is more important? It’s important to get to know politicians, but be sure to research their actions and don’t just listen to their words! This ties in to our next choice.

Decide to NEVER allow yourself to be a victim of lies!

Even if you cannot immediately convince the world some politician is lying to them, you must decide to become well-educated in current affairs. This means getting news from multiple sources and comparing them. Agreed upon facts will be trustworthy. When in doubt, wait for more information. Never settle for a single point of view in contrast with a collective assessment. For example, if the entire medical establishment makes a singular determination that Ivermectin is not a treatment for Covid-19, do not buy crackers and horse goo because Laura Ingraham suggests otherwise. Medical journalism is NOT part of her propaganda. Practicing medicine without a license most certainly seems to be.

How you can help. 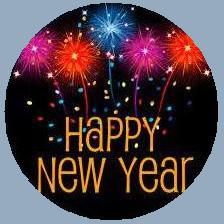 It’s always a consideration: will we evolve as a species, or devolve into bickering and pettiness. Given the behavior of some of the individuals in the news, it’s pretty obvious who most people... READ MORE

They repeatedly stand and endorse the benefits of Bill they ALL voted against! While the select committee investigating the January 6, 2021 attack on the US Capitol Building uncovers more and more Trump/Meadows/Jordan/Gaetz... READ MORE 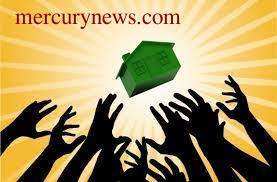 Outside Investors and Price-Gouging As we progress through 2021 and head into 2022, after a pandemic ravaged the incomes and welfare of millions of Americans, a strange problem has begun to grow at... READ MORE 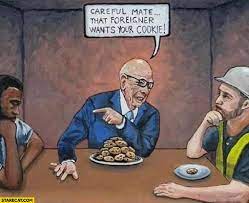 With a personal fortune of nearly a billion dollars, David Purdue is so worried about the little people in Georgia being exploited by lefties who want their money, the man sees Stacy Abrams... READ MORE